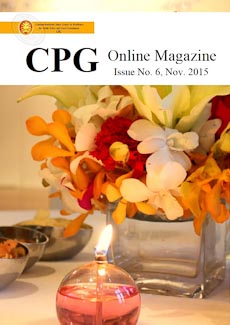 Gregor Gysi, Member of the German Bundestag for the party The Left (Die Linke)

The Allied powers punished Germany by reducing its territory and, finally, by dividing the country. West Germans and East Germans did not have any choice regarding the political system. In 1952, Stalin offered secret elections in both German states (Stalin Note). According to my opinion, the then Federal Chancellor Adenauer should have accepted the offer. However, the Cold War was already looming.

The unity was realized also due to the courage of many East Germans. The advantages for Eastern Germany are obvious: The unity was a gain in freedom and democracy. Never again will there be a wall in Germany. We have a functioning economy, not an economy of scarcity. Finally, the East Germans had a freely convertible currency, the Deutsche Mark instead of the GDR Mark, or in other words, they finally had a currency that could be used worldwide.

Nevertheless, the assessment of advantages and disadvantages depends on the subjective perspective of each and everyone individually. For many, also for me personally, the German unity meant an enrichment. However, many lost their jobs. A 50-year old man who remained unemployed until retirement hardly felt any enrichment. Moreover, men and women have different perceptions. Men evaluate their personal importance according to their professional position and  erroneously  assume that a higher salary equates a higher personal importance. Women give birth to new life and therefore have a different perspective from us men. But also women had to suffer losses, particularly with regard to facilities for children. Over and above, we humans have the tendency not to enjoy what we have but to regret what we do not have.

The reunification also deserves some critical remarks. In 1990, we proposed for the sake of economy that, starting from 1 July 1990, all GDR companies should have been entitled to the reimbursement of their wage costs by the state. One year after that they would have received 90 percent, another year later 80 percent. In other words: Degressive state subsidies for the duration of ten years. All companies would have had the chance to produce their goods in a better quality or develop new products and to advertise their products. Surely, a number of Eastern German companies would have gone into bankruptcy anyway, but not as many as actually did. Instead, the Treuhandanstalt (Trust Agency) was in charge of deciding: Sometimes seemingly to eliminate competitors, sometimes arbitrarily, sometimes reasonably.

After privatization had been finalized at the end of 1994, only 1.5 million of once 4.1 million jobs existed in those companies under the supervision of the Treuhandanstalt. The losses in the course of privatization administered by the Treuhandanstalt amounted to 200 billion Euro. According to recent findings, Eastern Germany’s economy might eternally stay behind the economy of Western Germany. Only politics can develop effective steps to counter this trend.

There were two things that particularly disturbed me: A lack of respect for Eastern German biographies and ways of life as well as a lack of proper observation.

A lot of issues needed to be overcome, that is for sure. However, a number of ideas from the East could have been introduced in the united Germany, too. If one demands the equality of men and women, also in the professional sphere, then there must be enough day care centers (Kindertagesstätten) as well as afternoon classes at schools. As school holidays are longer than the parents’ leave, there must be holiday games and recreational facilities for children. That was not bad and could have been adopted from the East. The same is true for polyclinics which we call medical centers (Ärzte- häuser) nowadays.

In educational matters, the East excluded people on political grounds but not on social grounds. Especially art, culture and public transport was affordable for everybody. Today, the daughter of a woman depending on public welfare (Hartz IV) can never listen to Beethoven’s 9th symphony in the original, but only on her computer. When the former Prime Minister of Baden- Württemberg, Lothar Späth, became the manager of a former GDR collective combine, he immediately closed the company’s kindergarten because he considered that it created unnecessary costs. Later, he wanted to hire two highly qualified French couples for his company. Both of the couples had two kids and asked whether there was a kindergarten in the company. So he replied: Of course not. So they said: Then we will not come. After that, he reopened the kindergarten.

It is important to note that, had we adopted certain ideas from the East, it would have strengthened the confidence of East Germans. More importantly, the West Germans would have associated the reunification with an augmentation of their quality of life. That would have been much more positive than the current perception.

The overall assessment must nonetheless be positive. We managed to proceed well with the implementation of inner unity for the new generation. However, there are two issues that need to be rapidly addressed: The wages and pensions in East and West must be aligned. Equivalent lifelong achievements must be rewarded by equivalent pensions.

The text is based on the speech Dr. Gysi’s held before the Bundestag on 2 October 2015. Original in German, translated by Dr. Lasse Schuldt, DAAD- Expert Lecturer, CPG, Faculty of Law, Thammasat University