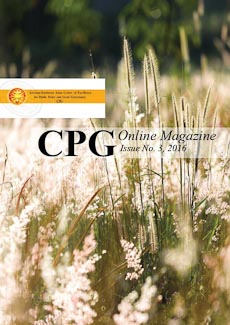 Rethinking Violence in Myanmar: A Confronting Imperative for Domestic and International Actors

Exploitation, inequality, discrimination reveal the universal rights that violence denies. These three paradigms are central to the critical juncture Myanmar faces. The ability of the new government to address them will determine the success – or failure – of the transitional process from five decades of autocratic rule to democracy.

This article aims to explore violence in Myanmar and the gruelling task facing the newly elected president, Htin Kyaw, and National League for Democracy (NLD) leader,  Aung  San  Suu  Kyi. It examines the situation on the ground and the pressures from domestic and international actors. It looks at the complex environment in which violence evolves; the political ambiguity of the figures of violence and, symmetrically, the ambiguity of politics when it is confronted with violence. It concludes with a recommendation to all actors when looking at the way ahead for the new government.

With a new government and parliament backed by a strong mandate, Myanmar has the opportunity to develop a comprehensive programme of legislative reforms in compliance with international human rights norms to protect the rights of the whole population. Involving civil society, reforming and strengthening the independence of the judiciary and improving access to justice will be indispensable to strengthen the rule of law and build trust in national institutions.

To address these objectives, the new leadership must first face its greatest challenge: violence, which is endemic at all levels of society. Partly a legacy of five decades of authoritarian rule under the previous military dictatorship, violence in Myanmar involves ethnic and religious conflicts, internally displaced people, incitement and discrimination, land grab, forced eviction and child abuse. Human rights violations are systemic and legitimised through a vast number of complex legislations enacted by previous rulers. The current Constitution (2008) was framed to discriminate against minorities and civil society. It also prevented Aung San Suu Kyi from contesting the presidency, obliging her to use a subterfuge – the specially created position of State Adviser – to effectively govern the country ‘above the president.’ Another form of violence, however, that is not a legacy and is deeply entrenched at all levels of Myanmar’s society is religious violence. So far, there has been no attempt to structurally address the serious human rights concerns it causes on the ground by any party, to the contrary.

The second challenge facing the new leadership is a need for an entire overhaul of the judicial system, without which the reform process will be obstructed. An independent judiciary capable of enforcing legislation fairly and consistently is necessary for the operation of the rule of law. The separation of powers and the independence of the judiciary in Myanmar are guaranteed by the 2008 Constitution yet are hindered by the control the executive exercises over the judiciary. There is also widespread evidence of judicial corruption. A December 2015 report of the Judicial and Legal Affairs Complaints and Grievances Investigation Committee stated that the judiciary remains one of the country’s most corrupt institutions, confirming the existence of a chain of bribery involving judges at different levels taking instructions from their superiors. The report also stated that training given to individuals holding judicial positions was inadequate.

A Nationwide Ceasefire Agreement (NCA) was signed between the Government and eight armed groups on 15 October 2015. This follows the signature of a number of bilateral ceasefire agreements with 14 ethnic armed groups since 2011. However, violent confrontations continue in parts of Myanmar, including Kachin and Shan States, as well as Chin, Rakhine and Karen States. The conflict between two ethnic groups, the Ta’ang National Liberation Army (TNLA) and the Restoration Council of Shan State (RCSS) in Shan State, which first erupted in November 2015 has recently intensified.

Human rights violations are committed by all parties to the conflicts and civilians bear the burden of the ongoing fighting. Attacks against civilian populations, extrajudicial killings and torture, inhumane and  degrading  treatment, abductions of men, women and children, as well as looting, property confiscation and destruction, have been reported. Allegations of forced recruitment, child and underage recruitment – notably on the part of ethnic armed groups – are still made. Over 96,000 people remain displaced in Kachin and northern Shan States as a result of the conflict. 3,000 new displacements have occurred in February 2016 following fighting between the RCSS and the TNLA. In southern Shan State, many of those displaced by the clashes in late 2015 have reportedly now returned. However, 2,000 people remain displaced, some in camps lacking adequate drinking water and sanitation.

Hundreds of protesters joined by some Buddhist monks demonstrated outside the US Embassy in Yangon on 28 April this year over its use of the term Rohingya in an Embassy statement of concern following the drowning of dozens of people after their boat capsized off the coast of Rakhine state. The protest outlines community polarisation against Muslims fueled by hate speech and calls for extreme measures by radical Buddhist groups such as the Ma Ba Tha in the name of “protecting race and religion”. Attacks and threats are mainly directed at Muslim communities but also often target anyone offering a different perspective and speaking for non-discrimination.

The need to address the deeply entrenched human rights issues in Rakhine State and to take adequate steps to put an end to highly discriminatory policies and practices against the Rohingya and other Muslim communities constitutes a significant challenge for the new government. These restrictive policies, which deny the  affected  population some of their most fundamental rights, severely impact all aspects of their life, including access to livelihood. Restoring freedom of movement for all is of particular importance. Evidence on the ground suggests that on-going discriminatory restrictions to freedom of movement are largely used to contain the Rohingya population within and between townships and people there must obtain specific authorisation to travel outside Rakhine State.

Local orders in northern Rakhine State also require Rohingya to obtain permission to marry and seek to limit couples to two children. Consequently, additional children may not be included in the family household list and remain unregistered with detrimental consequences for the child. Children have the right to be registered at birth notwithstanding nationality, statelessness or legal status of the child’s parents. These local orders are the results of Ma Ba Tha’s local and national campaigns against Muslims that received bi-partisan support before the November 2015 election. The strong anti-Muslim feeling in the predominantly Buddhist (Theravada) country is unlikely to change and neither is the top- down rejection of the Rohingya’s existence. Aung San Suu Kyi still refers to them as Bengalis (not Rohingya) and labels them as illegal immigrants in Myanmar. Meanwhile, Ma Ba Tha has already indicated that it would strongly oppose any attempt to change the orders. In this highly polarised and discriminatory context, the Rohingya community is unlikely to receive the help it so desperately needs, leading to more departures by sea and more tragedies.

Despite calls from the UN Special Rapporteur on Myanmar, Yanghee Lee, requesting the government to uphold the right to health of the entire population in Rakhine and ensure equal access and medical treatment to all in public health facilities, irrespective of religion, ethnicity or citizenship, reports of cases of preventable death due to lack of access to emergency medical treatment by Muslim patients are mounting. Restrictions on freedom of movement affect mostly Rohingya  patients who also often fear for their safety outside communities or camps. The Special Rapporteur highlighted the increasingly dire housing conditions for the majority of IDPs, including some 95,000 located in Sittwe rural camps. Longhouses accommodating multiple families were initially designed to last only two or three years and many are now collapsing. Attempts by the Special Rapporteur to secure long-lasting solutions to displacement in accordance with international standards, including voluntary returns to places of origin and protection from continuous segregation of communities have failed. The reality on the ground suggests that such protection cannot – and very likely would not – be guaranteed.

According to the Special Rapporteur, the lack of access to IDP camps hampers much-needed information collection and reporting on conflict- related concerns and violations. Humanitarian access to 1,000 civilians displaced in Sumprabum (Kachin State) remains restricted, despite reports indicating an urgent need for emergency shelter and medical supplies. An estimated 4,000 individuals reportedly remain in China displaced from the Kokang self- administered zone. Little information is available on the status of the fighting in this area nor on steps taken to investigate alleged human rights violations reported during the fighting in 2015. IDPs in camps in and around this area are apparently facing difficult conditions, with restrictions on movement, and no access to markets, education or livelihoods. Fighting has also flared in Rakhine and southern Chin States between the Arakan Army and the Myanmar army, displacing hundreds of people.

United Nations teams and their partners do not have regular, independent and predictable access to all those needing humanitarian assistance.

Land issues present another critical challenge for the new Government. An estimated 70 per cent of Myanmar’s population live in rural areas relying on agriculture and related activities. Forced evictions, land-grabbing and land confiscations for development projects, mining and other natural resource extraction are increasing poverty, displacement and destroying livelihoods, with consequential effect on a range of other rights, including access to health and education, and a loss of cultural and traditional knowledge. There is usually little or no consultation with affected communities, limited or no compensation provided, and limited access to effective legal remedies. In an attempt to protect their rights, people are increasingly resorting to public protests against land confiscations. Unfortunately, some of those exercising their right to peaceful assembly, including farmers and land-rights activists, face intimidation, threats and criminal prosecution, as the complex web of legislations in place prevents them from exercising their rights. Arrests are frequent, a journalists, and human rights defenders needs to be addressed with particular attention to sections of the Peaceful Assembly and Peaceful Procession Laws, the Penal Code of the Unlawful Associations Act, the Official Secrets Act, the Emergency Provisions Act and the Telecommunications Act. Detention under these laws is incompatible with international human rights standards.

Myanmar’s UN Special Rapporteur, Yanghee Lee, has just presented the new government with a 100-day challenge. The task list includes lifting restrictions on freedom of movement in Rakhine State, meeting a 30 percent quota for women participating in the peace process and stopping the use of landmines. “How can you expect communities to recreate bonds if they continue to be segregated?” she said. Pressure is also mounting within the international community for the new government to find solutions to a whole range of structural, economic and human rights issues to help build investors’ confidence in the new reinforce each other. Disjunction and fusion must be represented as complementary characteristics of violence, the understanding of which may be the first step towards a much needed cultural adjustment and the basis for an indispensable series of compromises.